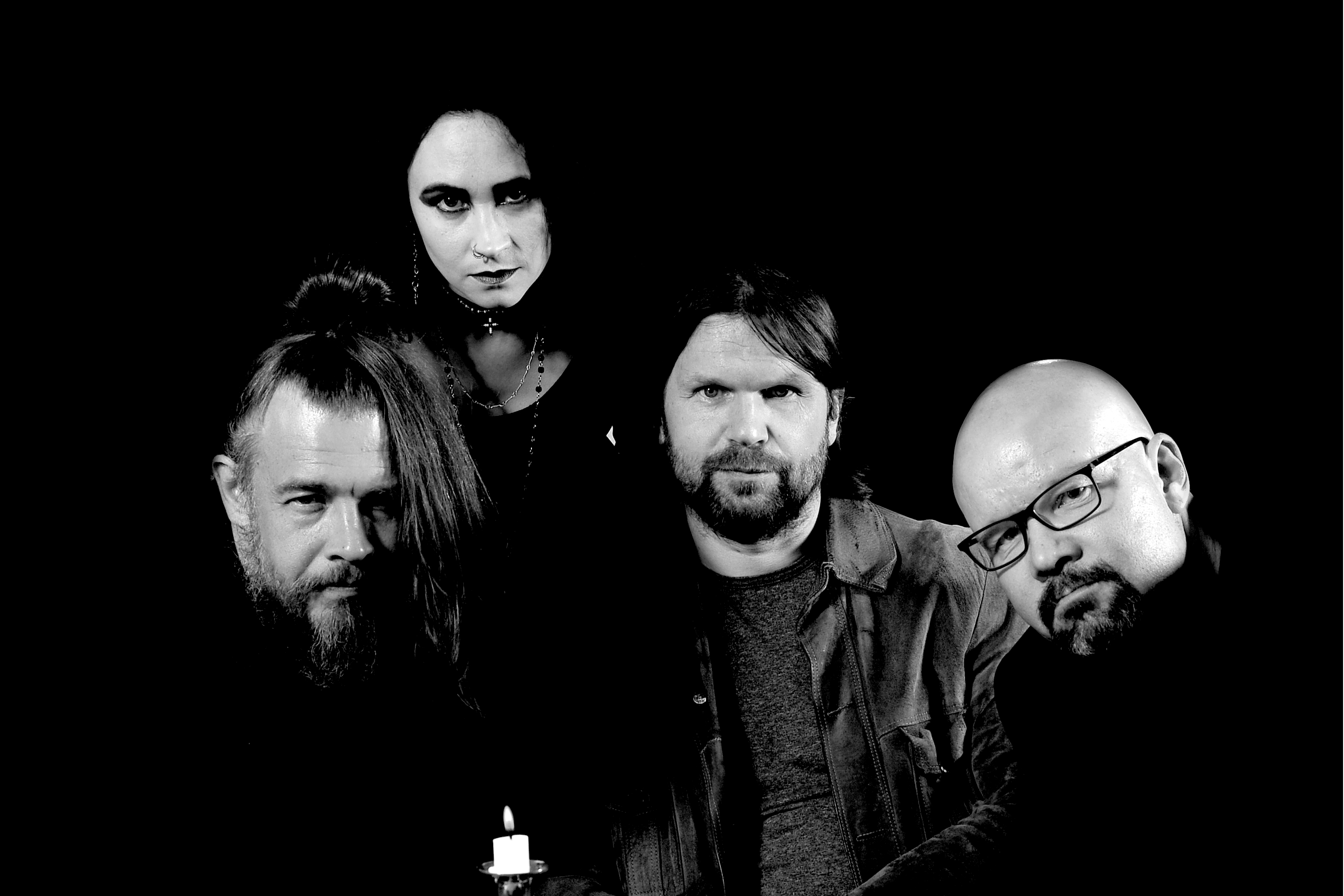 The song itself continues the themes heard in „Crimson Sun“, it’s about Jehovah’s witnessess, rather directly so. The lyrics and ideas to this and many other songs were formed after my encounter and discussion with the witnesses, and it was part of my own journey out of religion and faith.

Jehovah’s Witnesses are a cult, an organisation formed around an ideology, that attempts to control the lives of it’s members. How ever peaceful and loving these people are, they are in a cult and in a mental prison. My discussions with them was eye opening, it helped me to see the problems of my own belief sysyem, the religion I had been brought up with.

„Witnesses“ is an attempt to describe the cult mentality and cognitive dissonance the people inside cults have. It’s about Jehovah’s Witnesses but it really could be about any cult, or anyone under the heavy veil of propaganda, like people in certain states, for example…

We filmed the video a while ago at a studio, where we recorded most of the instruments too. We also used archive material from Finnish tv archives. They were free to use and we found some material about dancing in unison, which seemed to fit to the theme.