Home  Künstlers  The Breath Of Life

The Breath Of Life 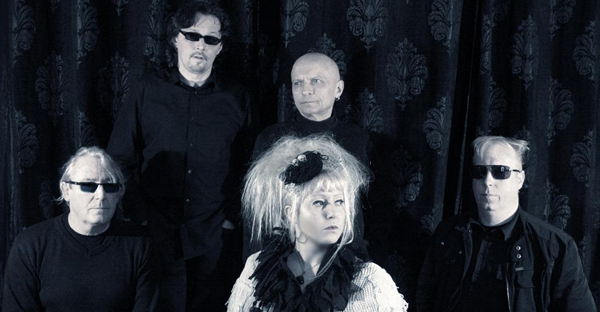 September 1990, release of the 10 tracks cassette THE BREATH OF LIFE.

In February 1991, first six-concerts tour in Czechoslovakia, followed by a Belgian tour and concerts in France.
One year later, the band leaves again for a nine-concerts tour in Czechoslovakia. Their performance in Club BUNKR in Praha, before more than 800 persons, has been broadcasted for 20 minutes on RADIO 1 (the most important indie radio in Prague) and shown in May 1992 on Channel Four and the Czech TV’s.

September 1992, release of the LIVE IN PRAHA ’92 album, followed by PAINFUL INSANITY, their first studio album, produced by GILLES MARTIN (Minimal Compact, Tuxedomoon, dEUS…). The BREATH OF LIFE starts then a promotional tour in Belgium and Czechoslovakia.

1993 sees them playing in Germany, Czech Republic, Belgium, France, and The Netherlands. Their powerful musical and visual sets conquers a still growing audience.
In September, they have their second studio album TASTE OF SORROW recorded, still produced by GILLES MARTIN.
A more lyrical voice, the introduction of violin in the compositions, the mix of strong and delicate guitars sound and a powerful bass line, supported by a mysterious drum set and subtle keyboards waves, show THE BREATH OF LIFE’s new personality.

1994 : the world is coming to the band. The album TASTE OF SORROW is distributed in Germany by EastWest and worldwide by the German Label Deathwish Office, while it is licensed to Hall Of Sermon (Lacrimosa). The band leaves for a European promotional tour and was on stage together with bands like COCTEAU TWINS, MIRANDA SEX GARDEN or LOVE LIKE BLOOD.

Release of the single SHINING in May 1995, followed by support for the LACRIMOSA INFERNO Tour.
LOST CHILDREN is released in November 1995. This new album gives another view of THE BREATH OF LIFE’s way of making music. Well acclaimed by the press all over the world, it embraces more and more feelings and emotions.

THE BREATH OF LIFE play in 1996 in several Festivals : The ZILLO in Germany (with MINISTRY, JESUS & MARY CHAIN, FRANK BLACK….), SOMMERTAGE II (Leipzig (D) with OOMPH!, LACRIMOSA, LONDON AFTER MIDNIGHT…), BLACK EASTERN FESTIVAL (Waregem (B) with THE MISSION, DAS ICH, LOVE LIKE BLOOD…), proving that even on stage, all the emotion included in LOST CHILDREN can be shared with the audience.

Some new or exclusive tracks appear on compilations in 1996 : the special remix from IDYLL for the Zillo sampler, a totally new version from LIVING IN A DREAM for the new MICK MERCER’s Hex Files compilation (U.K.)…

1997 : THE BREATH OF LIFE concentrate on the preparation and recording for a new album SWEET PARTY with GILLES MARTIN, to be out in February 1998. They also play in DOUR MUSIC FESTIVAL (B) with LA MUERTE, DAS ICH, THE SISTERS OF MERCY, etc., VOORUIT in Ghent with LONDON AFTER MIDNIGHT.

1998 : THE BREATH OF LIFE release their new album SWEET PARTY on March 2nd, followed by a small BeNeLux Tour as well as gigs in Germany and UK.

1999 : THE BREATH OF LIFE give concerts in Belgium at EUROROCK FESTIVAL sharing the stage with ECHO & THE BUNNYMEN, FRONT 242, THE CREATURES, etc… They also record a new album entitled SILVER DROPS during the whole month of September, under the complete direction of ‚old chap‘ Gilles Martin.
November sees them play in London Underground and Whitby Festival, as well as a unique Italian date in Rimini.

2000 : The long awaited Y2K bug did not come. THE BREATH OF LIFE release their fifth studio album on the 12th of June on Magic Language Records/Hall Of Sermon. They are giving concerts in FRANCE, BELGIUM, GERMANY, POLAND and a unique special 15th anniversary gig in LONDON.

2001 : The collaboration between Hall Of Sermon and The Breath of Life has come to an end. After a four albums collaboration, The Breath Of Life are going on their own way, preparing their future… but without Philippe Mauroy who, due to professional reasons, took the decision to leave the band and let the place to a friend Didier Czepczyk.
They then left for enthusiastic concerts in The Netherlands, Poland, Italy, Belgium, Czech Republic and Germany.

2002 : After some concerts in The Netherlands, Czech Republic, Germany and Slovakia, the band decided to develop acoustic versions of their songs. The result could be seen and heard for the first time in Belgium at the end of the year with great success.

2003 : The Breath Of Life are almost finished with the new compositions and some new songs were played at gigs in Belgium, Germany and for the first time in Spain (ARCANA EUROPA FESTIVAL). They again played acoustic gigs in Belgium. They then participate to M’ERA LUNA FESTIVAL, GOTHIC AUTUMN NIGHTS III FESTIVAL and TERRA GOTHA VI FESTIVAL.

2004 : Under direction of Thomas Neidhardt, The Breath Of Life enter the Ivy Room to record their new songs and work on the mixes of the new album.

2005, the year of their 20th anniversary, starts with a gig in Luxemburg, with ‚And Also the Trees‘, ‚Clan of Xymox‘ among others… and with the signing with the young berliner label Dark Wings. Their 6th studio album EVERLASTING SOULS is released on May 9th.

2007 sees The Breath Of Life touring in Germany, Poland, Lithuania, Czech Republic, Hungary and Denmark. The band decide to work on acoustic versions of their songs, which are presented to the public in 2008 and 2009.

After two years of creativity, WHISPERING FIELDS was recorded. This new opus will be released on DANSE MACABRE RECORDS in 2012.